Today’s 10 Second Tip sounds so simple but is often done wrong. Thinking about emotions or a character’s state of mind we tend to rely on adjectives (somebody is happy, angry, sad, etc). But this alone only leads to cliché performances; it’s far more important to have the reasons and personality in mind than a one-dimensional adjective. Here are a few examples.

To show you what I mean, look at the following scenes. In both cases the man can be described as angry: 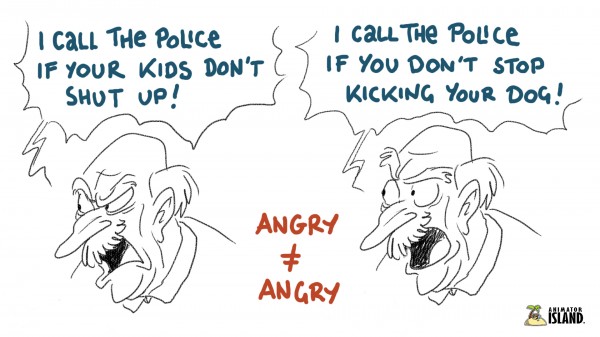 But the given dialogue reveals that you have to deliver two entirely different performances! In the first picture the character has a very questionable attitude towards children, in the second picture the character heroically stands up for an abused dog. This makes a huge difference. The first case could be pushed towards a villain, the second case towards a hero. And you can even spice it up more… how about our heroic grandpa usually never gets mad, so being angry means something completely different to him then to the person who is constantly angry about everything anyway. 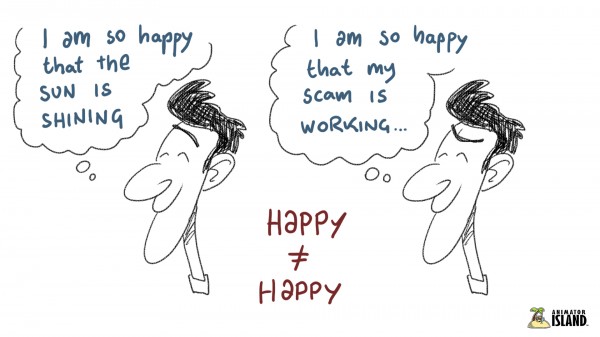 Think about the possibilities to make your character more believable and interesting. So if there is an adjective in a character or scene description always ask yourself “why”. And even if it’s a one dimensional side character you can always add a little bit, by going beyond the adjective. Maybe the stupid guard at the door is stupid, but that’s because he only ever thinks about his nice custom made sword and focused on learning super-cool sword tricks instead of finishing school. Suddenly you have a playground for nice little moments to sprinkle into your performance. Of course you can push this in every direction, not only comedy. Play with ambivalent personalities and unusual reasons and you will have a much stronger and more interesting animation. 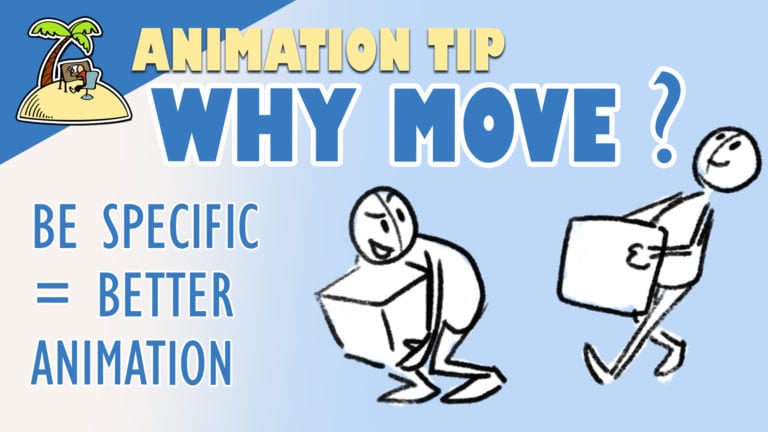 This makes or breaks your animation: Know WHY every single motion is happening! Find out what shortcut many beginners take and why that hurts your animation. Save Share via: 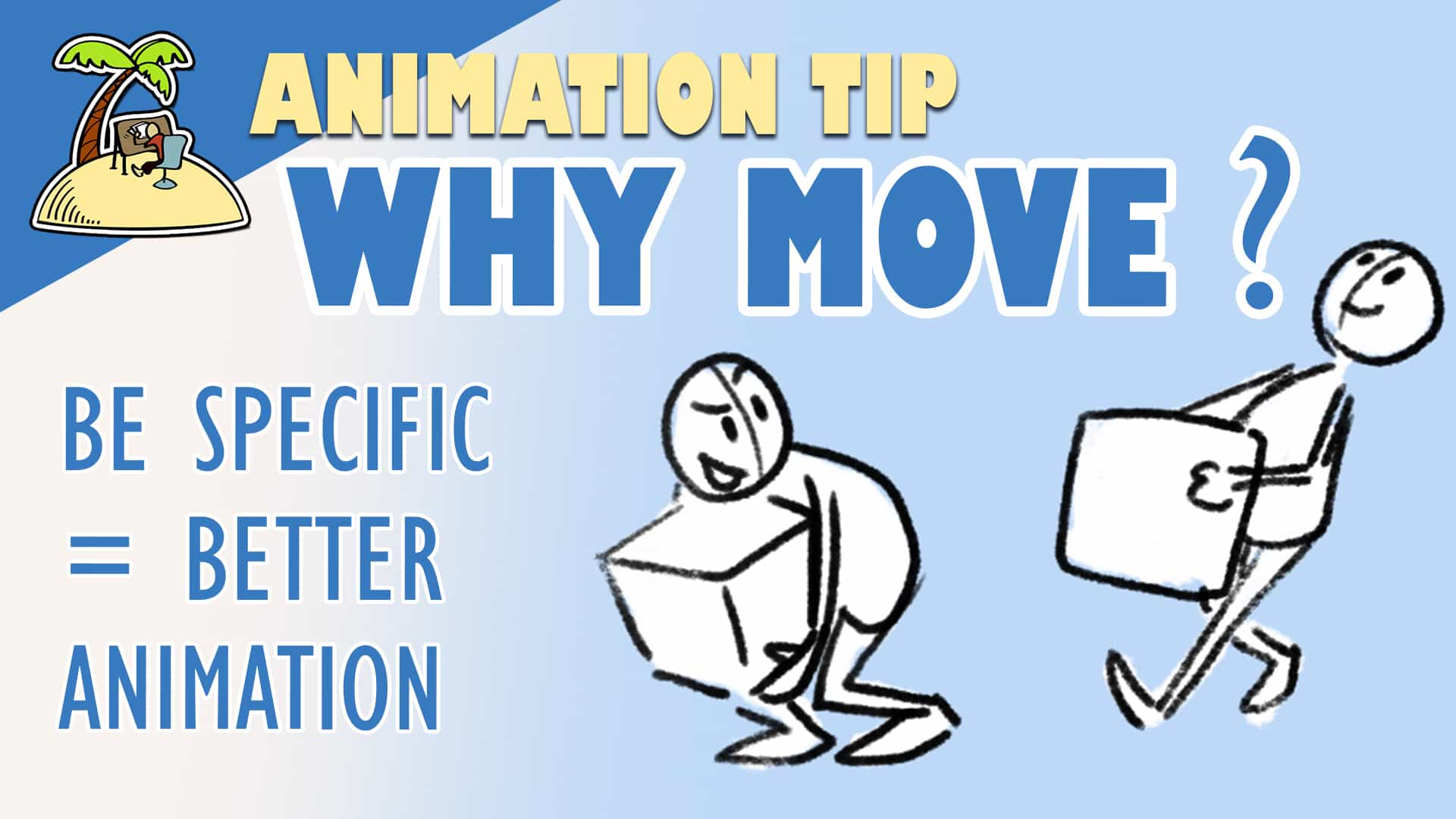 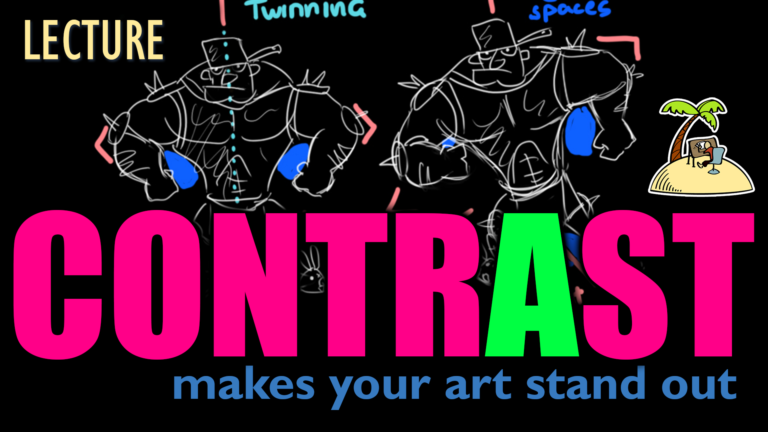 By loading the video, you agree to YouTube’s privacy policy.Learn more Load video Always unblock YouTube Contrast can improve many aspect of your art and animation: Your posing, your timing, your staging – even your storytelling. Find out how you… 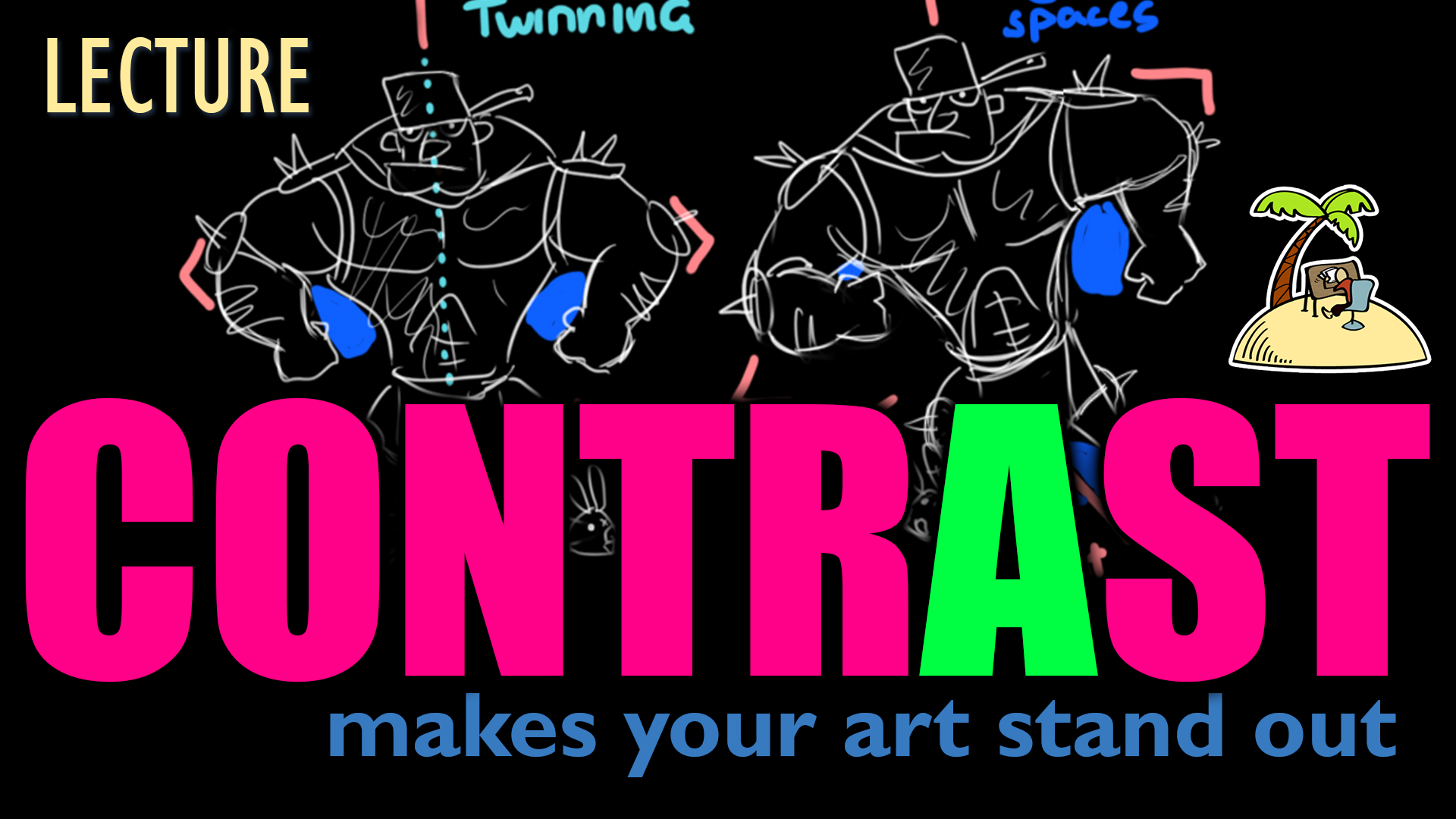 Save Some days just seem to dragLoose, attached parts tend to start moving with a delay and lag behind because of inertia. This is clearly visible at th... More on, and when you’re compiling 700 images to make less than 30 seconds of moving animation, those days can feel like time is moving backwards as you wait for 5 o’clock. That’s when…

Great article mr.Ferdinand…im currently working on my short which im finding difficulties to go beyond just adjectives in the character animation…but thanks to this article,atleast i know how to deal with my main character now…thank you sir!

always good advice to keep in mind. Characters are deeper than words.

I feel this is the most vital info for me right now. Really helpful, tnx.

I wanted to thank you more for this wonderful web-site you’ve got. It truly is full of valuable guidelines for those who are genuinely interested in animation and drawing. Keep up the wonderful job!