How much free time do you have? If you’re anything like me, some days it feels like the answer is “None.” Life is so frantic and busy that zero minutes out of the day feel free at all. It’s as though everything is jam packed and planned to the last second. And often things other than “Art” take priority on your overflowing to-do list. The good news is you can steal back time and with a little effort you might even have more time than you know what to do with.

Some of these steps can be done alone, so feel free to pick and choose. Don’t discount any, though, because it’s often the ones that seem “impossible” or “not for you” that will make the biggest difference. And really, what do you have to lose? Your time is already so hectic that you can only GAIN free time, not lose any more!

Step 1 – No More Being Busy

Of all the tips presented here, this one may be the most important and valuable. Stick with me here, because we’re going to dip our toes into some deep stuff.

By definition, people who are “busy” ARE busy. They define themselves as busy people, and when you are a “busy person” the simple label you’ve put on yourself becomes a self-fulfilling prophecy. The free time you actually might have seems to evaporate, and if you find yourself sitting still for even a moment you might be thinking “I don’t have time for this!”

You do have time for this.

By changing your mindset from always rushing and “not having enough time” to knowing that you DO, in fact, have plenty of time, you will fundamentally alter how busy you are. And the most wondrous thing about this shift is you’ll actually get more done in a day. Crazy, right?

Another way to look at this tip is to “Live in the moment.” Now I’m not saying cash in your 401K and go blow your savings on a trip to Italy (though that might be a lot of fun) but there’s a very large difference between living in the NOW and always (and I mean always) looking to the future. It doesn’t have to be far in the future, it might be 10 minutes from now. But when you’re only looking at the 10 minutes from now, you will never experience it, because once the clock ticks those seconds away and you’re there you will only be looking at the 10 minutes from THEN! And guess what? You’ll never, ever catch up.

The next time you feel rushed or hurried or the phrase “I don’t have time for this!” pops into your head, stop for a second and take stock. Realize that everything is okay and the world is not ending. Then refocus and realize that time goes a lot slower than you think. Once you stop rushing, the rest of the world seems to slow down too. And suddenly you’ve got time on your side.

Time Sucks, aka things that suck up our time, are everywhere. And every single day we’re inventing new ones. Is it any wonder we feel so rushed? We now have alerts in our pockets if a new email arrives (which is pretty much constantly) and access to more information than we could read in a dozen lifetimes. With so much in front of us, it becomes overwhelming.

The problem is that Time Sucks will never go away.

The challenge is that Time Sucks will never go away.

It isn’t a problem if you make a deal with the Time Sucks. An agreement between you and them which they can’t refuse. Because see, you hold all the cards. You could stop cold turkey and leave them behind. (You won’t, none of us will, but they don’t know that!) And it will seem like a very small concession, but it makes a world of difference.

Let’s say you get home from work or school and are pretty much exhausted. You could tromp on over to the spot you keep your sketchbook or the computer you animating on and do some practicing, but more alluring is a nice comfy couch and the TV remote. We’ve all been there, and in moderation there’s nothing wrong with it. The tricky thing is often it isn’t moderated. The night flies by and suddenly it’s bedtime three or four compelling TV shows later. “Dang,” you think, “I wanted to do some art but I don’t have any time!”

Well, you do/did have time, you just spent it on TV.

Now some people will tell you “Stop wasting your time watching TV.” That’s kind of bogus advice, though, because TV offers some valuable things (some of the time). The stories on many shows are quite good. You can learn a lot of things watching certain other shows (how I can’t afford a house in Hawaii, for example). And there’s always something to be said for the simple act of unwinding. We need down time too. Plus it can be a social activity if you watch with others, or discuss certain shows with friends.

So let’s make a deal.

Instead of giving up TV (in this example) what if you kept your sketchbook on your coffee table for a week. It doesn’t take up much room. And what if every time there was a commercial on (and there are plenty of those) you immediately picked up the book and did a few drawings. Gestures, really, they don’t have to be amazing. Or maybe you’re working on a bigger, more long-term piece and you add in a few dozen more lines as the television tries to sell you a new pickup truck. When the show returns, you can stop. Or, which may happen, you may find your art more compelling than this particular episode of C.S.I. and keep at it. Whichever, no worries. The important thing is you compromised with the Time Suck and it sucked a little less of your time. Every second adds up.

I just finished telling you to watch TV and draw at the same time*, and now I’m going to tell you the exact opposite:

Stop doing multiple things at once.

When you split your attention between several things, NONE of the things gets your focus. And it’s time you put an end to that. There are plenty of studies (seriously) that show multitasking is a terrible waste of your day. If you try to do two (or more) things at the same time, both tasks suffer. Instead, focus on one and then move on to the next. The longer you can focus on one, the better, but even if it is just 5 minutes of dedicated brain power that’s better than 20 minutes of 1/3rd of your brain while the other bits work on the text your friend just sent you and what’s going to be for dinner. Don’t believe me? Try it. What do you have to lose?

*I didn’t actually tell you to do it at the same time, you see. You’re going to IGNORE those commercials and focus on drawing. Don’t worry, commercials are boring and dumb. You’re not missing anything. If a good one pops up, I’ll let you know.

Tell me if this sounds familiar:

The truth is, we don’t even have to TRY to come up with reasons for not doing something, especially when that something is practicing or working on our art. There’s plenty of reasonable, logical excuses right in front of us. So what to do? Write them down! 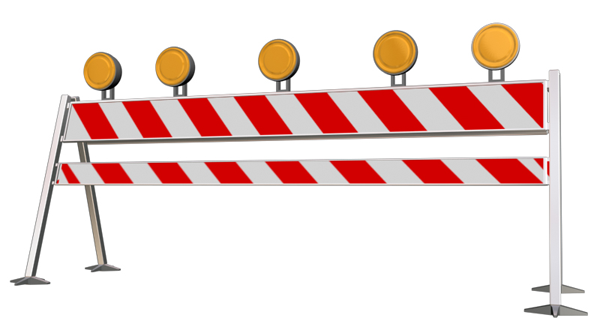 By sitting and figuring out all the easiest excuses you have for not doing art right this second (“But I’m reading this great article!”) you can take steps to stop those excuses from showing up tomorrow. It’s time we knock down some reoccurring barriers. Let’s take one minute and counter the excuses above:

The key to this step is to do this in advance. Get as many excuses out and “on the table” now and then figure out ways to combat them so when they try to jump out and in your way they will have no ground to stand on. It works, and it’s worth your time. Time you’ll soon have a lot more of!

When we get back from Christmas Break on January 6th there will be three more steps to try for gaining back precious time to dedicate to your art and improving your skills. Don’t wait for those, though, give the four above a try! Take the next few weeks and see if you can’t uncover some hidden time you never knew was there. And if you’ve already mastered the art of time management, why not leave a comment below with some of your tips that you’ve discovered over the years?

Remember! Art is worth your time, so make the time (or reclaim it!) to dedicate to your art!

Save Today we’re going to open things up and have a discussion about motivation! Animation requires practice in order to improve. Sometimes, though, practicing can be a chore. What are some techniques you use to pump yourself up and get…

Save Last year we ran a series (found here) on ways to relax and keep away stress for animators. In Part 2 of the series we put out a call for YOUR best ideas and how you personally manage to… 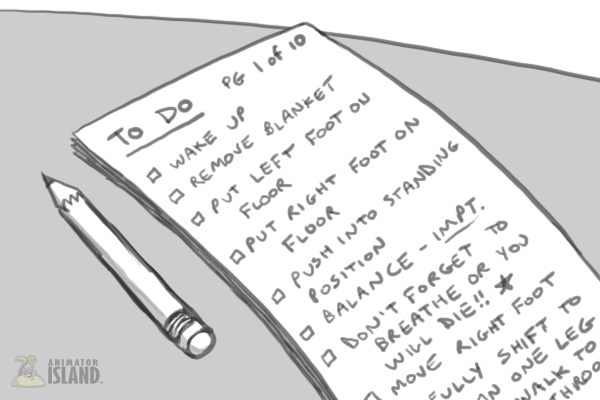 I am WAY too busy to read this.

Fresh. Don’t see that most places about animation. Needs some animation. 😛

It’s peгfect timе to make some ρlans foг the future and this will help me with new years resolutions to get more done!!

For me I try to shut up all distractions. In Richard Williams book about animation he says to unplug your music and just animate and also that Milt Kall says to do that to. So that helps me to get more time!

Fed up with so many distractions. I want to quit everything else just for animation.

That is a very good set of tips particularly to those feeling dragged down by commercial work. So thank you.

You can use the TV program or movie as an art model too. Do gesture drawings of the characters as you watch the show, or try to capture the essence of an expression.