“Animation is real life with the volume turned up.”
-Pete Docter

What is Animator Island?

Animator Island is an animation community built to share tips, tricks, and everything there is to know about doing great animation. Our goal is to inspire you, dear artist, to reach new heights of movement, acting, and storytelling to propel the great medium of animation to exciting and brilliant new places.

Animation is a passion for us. We want nothing more than to see our fellow animators thrive and create masterpieces for the world to enjoy. That’s why we’ve put together a collection of knowledge, updated weekly, to provide a treasure trove of information on how to make your animation the very best it can be.

Want to contribute to the ocean of insight? Click here to find out how you can join in and write an article for Animator Island.

Who is Animator Island? 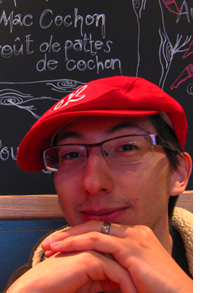 “The true beauty of animation is not in imitating reality, but taking reality as your foundation and then going beyond it.”

J.K. Riki spent the first ten years of his animation career wading through the pools of “self taught animation” via trial and error, making Fred the Monkey cartoons. After deciding that limited style animation was not his ultimate goal he went back to square one and began the long, arduous training to become a traditional frame-by-frame 2D animator. While on that road he discovered a love of sharing the things he learned, and decided to catalog the knowledge here at Animator Island. His life revolves around his animation, his family, and his faith. You can find his personal blog and books at JKRiki.com. 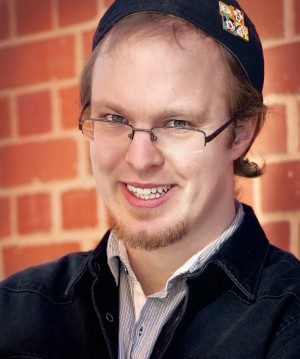 “We have the responsibility to discuss life & death, love & hate, right & wrong in every story we tell.”
Ferdinand Engländer recieved his diploma in character animation from the Institute of Animation of the Filmakademie Baden-Württemberg, Germany in 2015. As a freelancer he animates, directs and writes for commercials, games and television with a focus on digital 2D animation, acting and storytelling. He worked as Animation Lead for Studio Fizbin’s award-winning adventure game “The Inner World” as well as for their upcoming arcade game “Beyond the Mountains”. He started writing for Animator Island in 2011 and loves to share and discuss everything around this fascinating art form. 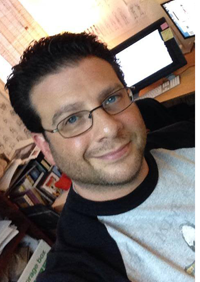 “We’re not drawing lines, we’re using lines to draw shapes.”
Joshua Taback is a veteran Director, Animator, and Character Layout Artist. He has worked for many years on The Simpsons television show, as well as Family Guy. Currently, he is a Director on Randy Cunningham: 9th Grade Ninja for Disney.  He began seriously drawing at the age of 13 taking classes at the Joe Kubert School of Cartooning and Graphic Art and went on to receive a BFA in Animation/Film from University of the Arts.  His thesis film “It’s a Wanderful Life” helped him win the Academy of Television Arts & Sciencesinternship and 2nd place in the student Emmy awards. 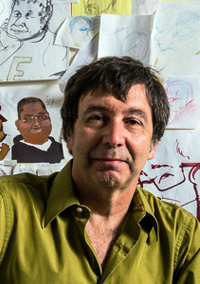 “Physics is not a constraint to an animator’s creativity but rather a supporting trellis on which stories may be grown.”

Professor Alejandro Garcia has taught Physics of Animation at San Jose State since 2009. In 2011 he spent a one-year professional leave as physicist-in-residence at Dreamworks Animation SKG. During his time with Dreamworks he worked in the Division of Artistic Development, presenting over 30 classes and special lectures for various studio departments. He has consulted on various animated feature films with screen credit on Madagascar 3: Europe’s Most Wanted and Mr. Peabody and Sherman. Dr. Garcia is also the author of the textbook, Numerical Methods for Physics, and has published over 90 professional articles in the fields of computational physics, statistical mechanics, and fluid mechanics. For more information, visit his YouTube channel and website. 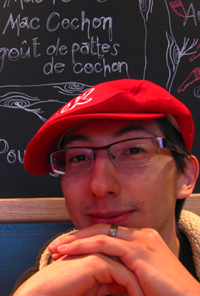