Have you ever analyzed what your approach and intention towards film making is? Do you want to make serious art? Chaotic trash? Entertaining mainstream? Political satire? Is your film meant to make audiences laugh or cry? Are they supposed to learn something for life or just be in awe for the duration of the film? Or is your work something personal – just for you? There are some fundamentally different attitudes that can determine the nature of your projects and the work of your life. Do you already know which one(s) are the one for you?

I recently was in a debate about Berthold Brecht and the form of epic theatre, which he is famous for. In epic theatre plays (and movies) the audience gets constantly reminded that they are just watching a play and taken out of the story’s illusion: Actors perform very woodenly to make clear that they are not an individual, but stand for a class of society. Often they even go completely out of character, which breaks the fourth wall and makes it very hard to feel empathy. 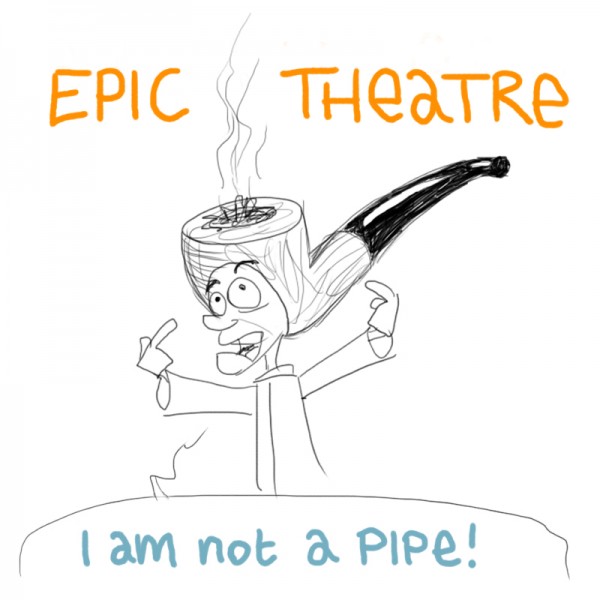 It’s a very special, “artsy” way of storytelling, which certainly isn’t everyone’s cup of tea. Towards the end of the debate there was the contrast of “good” sophisticated art (like epic theatre) vs. shallow mainstream hanging heavily in the air. Since this was a university, the accompanying question was: “Which path do you choose, young filmmakers?” followed by the disclaimer “Of course nobody here at the university has anything against mainstream, no, no, we support that too!”. I was very glad when somebody among us students mentioned that there is more than just art and mainstream: Just telling a meaningful story with all the means that it needs including populistic mainstream approaches is still “more valuable” than a no-brain story. Think about blockbusters like “Men in Black” or “Inception” which wrap highly philosophically and complex theories into an mainstream action plot.

Your Mission, Should You Choose to Accept It

This lecture made me realize how different a filmmaker’s mission can be. You may only realize which kind of stories and animation you would really like to do when you find yourself working on the exact opposite. If you are most interested in symbolic, artsy animation you will have a hard time animating fighting robots for a shallow action film. Conversely, you might enjoy tweaking motion-captured models for video games more than long, sappy animated shorts.

The importance that you give your work for your life significantly influences the kind of animation that you want to do. Some people might say “as long as I earn money, I take every job.” Other people might say “I only work on projects with a message that I agree with”. Some care most about storytelling, some about the look or style and some find most of the joy in technical challenges. Everything is possible and legit… 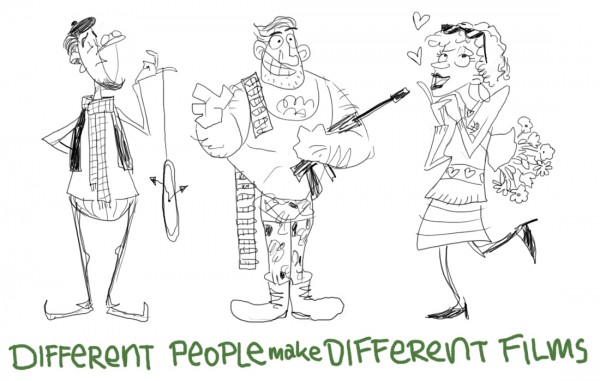 Why is this important? Well, it helps to understand a lot of conflicts filmmakers may have with their work, their team and co-workers, or themselves. Sometimes great ideas don’t work, yet we don’t realize that they would work better in an entirely different genre. Sometimes it’s hard to understand criticism coming from someone who doesn’t share the same attitudes. Sometimes we forget how many possibilities and opinions are out there and would be worth considering. And last but not least, if we end up working on something entirely against our personal interest and understanding, it’s very, very depressing.

As obvious as the examples above are, if you’re not aware of what you want to do with a project (with your life!) – you probably can’t effectively do it. Only with a goal in mind you can work towards the direction of this goal. And yes it is a constant journey taking different directions at different times and we are free to always change our opinion and attitude and try something new – different steps, different goals. Never forget: learning is good, making mistakes is good, so don’t be afraid to try something. And sure it’s complicated to make a living and find yourself artistically at the same time, but having found “your way” makes it much easier to aim at the right projects and plan a few steps ahead in education, work and life. 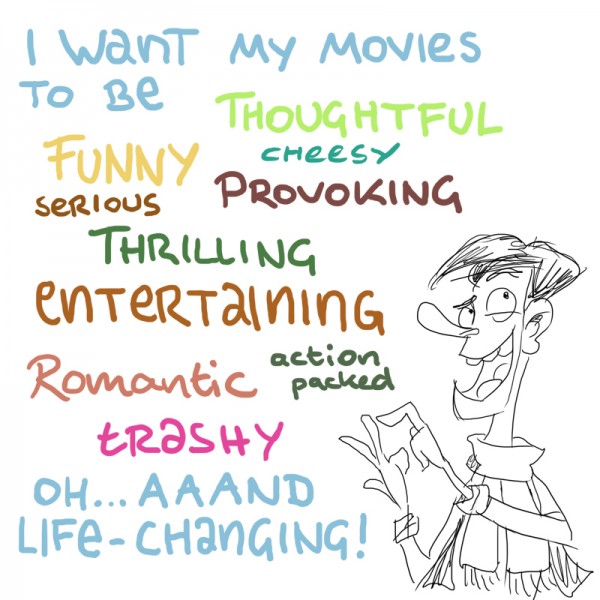 If you ask a first-year animation student what job he wants to have later in life almost all of them answer: “Of course I want to be an animator!” But, this is quite simplified… Do you want to be a character animator in a big studio just obeying already made acting choices and copying key posesKey poses are the most important poses of an animation. Every single one is needed to understand and advance the story. ... More from the storyboard? Or do you want to be the lead animator setting the keys, but not doing any inbetweens? Or do you enjoy working in a small group most where everyone has to do a little bit of everything? Perhaps an effects animator is more your style? And there are so many other jobs – layout artist, storyboard artist, concept artist, illustrator, cartoonist, modeler, lighting and texture person- all done by people who originally wanted to become “an animator”. And all of these jobs do have a different focus and demand different skills.

I spend more time studying than working in the business, but so far I came up with the following conclusions:

– You have to not only be able to answer what and how you are doing your animation, but most importantly you have to know why you are doing it – a motivation, a vision, a purpose. This is what separates good work from great work.

– Think outside the box: Watch many, many films and read many, many books to get inspired (oh and of course live a life with friends and stuff like that, because it also offers a lot of inspiration). Is there a non-mainstream way of writing, design, animating that appeals to you? Try it out!

– Find out what aspect(s) about film production you like most. Ask people for help who complete you and can assist you with things that you can’t do on your own. Talk to people who already have the job you want. (On the other hand only join a team that is willing to accept your input.)

– Respect people who have a different way of thinking, try to understand them and see things their way. Sometimes you might have to avoid working with those people but often you can learn from them and even (see point above) benefit from input that you never would have thought of.

– And last but not least, set your goals in your career with regard to what type of filmmaker you are. Some things may highly effect your personal life quite a bit (e.g. if you get most inspiration by traveling). Find the balance between your happiness given by the stuff that you want to do and unpleasant, hard work that you simply have to do (because you can’t completely avoid that).

By loading the video, you agree to YouTube’s privacy policy.Learn more Load video Always unblock YouTube Legendary acting teacher Ed Hooks tells us about how he got into teaching acting for animators. We also dive into some acting theory, discuss…

Save As animators who also happen to be human beings, we make mistakes. And over the course of hundreds of frames with thousands of unique movements and subtle actions, we make a LOT of mistakes. It’s part of the job,…

Save Here’s a quick tip for any lip sync you’re doing in any limited-style animation. By extending your “open” mouth symbol/drawing a touch past when the audio ends, your character will feel more solid and the audio seems much more…

Save As an animator, you can’t get around working with digital video formats, whether it’s during the production process or for the final distribution. Sooner or later, you need to store your moving pictures on a hard drive, DVD, Blu-ray…

Very inspiring! It does help to know what you want to do and what not. Course, smts you have to take a job you hate for a paycheck so you can get to another joy you actually like. It’s brutal out there in the industry!

Pretty nice post. I think I’m the kind of animator who will do the art kind of animation. I just stumbled upon your site and wished I’d found it sooner. In any case I’ll be subscribing to your feed and I hope you write again soon!

Just what I needed, I’ve been struggling to figure out what I want to do after school’s done. I’m going to make a list!

Just remember that you can always change your mind. The important thing is to make sure you’re doing what you love! Don’t feel forced down one particular path. Good luck!

who can say what is trash and what is not? Beauty is in the eye of the beholder and just an opinion. One mans trash is another mans treasure.

Thanks for your post right here. It was really interesting to read and think about.