A character design should usually not only reflect the character’s personality and the background story that we claim for him, but it also has to be as visually appealing as possible. Standards of beauty (and/or cuteness) are often used to create this appeal. In this article I want to discuss why sticking to beauty standards often times can be a wrong, unoriginal choice and that there are other factors that can make a character interesting.

Look at some of the most successful male models vs award-winning male actors: 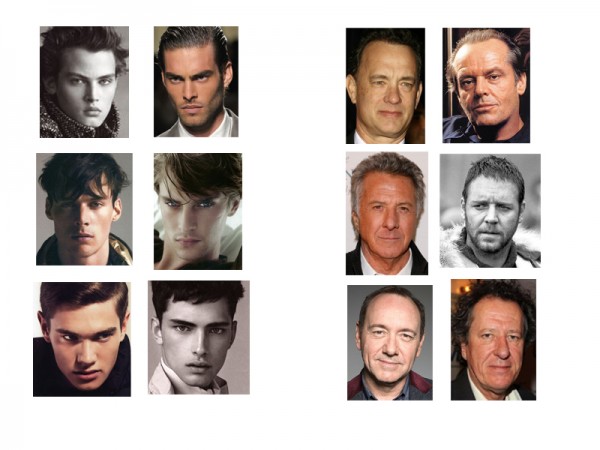 Yes there is an age difference, but ignore that for a second. As you can see the models look more similar to each other than the actors do. Isn’t it weird how that is not only visually (the eyebrows, the noses, the shape of the faces) but also from how we think such a person’s personality must be. We get the feeling that all of them have a similar character – confident, cold, arrogant.

The reason is obviously because the advertisement industry filtered these persons according to an ideal, a standard of beauty that attracts the most people, whereas the actor’s success is mostly (or at least additionally) based on their acting skills.

The direct conclusion is that for a film characters with different personalities, believable acting, well written dialog and a good story are more important than the standards of beauty. Hollywood and TV channels constantly try to make films that mostly rely on their actors being beautiful and young, but those films hardly will be remembered in a couple of years. Standards of beauty alone don’t make a good, appealing character.

It’s amazing how actors always have the same face but can play pretty different roles. Of course the different personalities are also made through the script and the costume, but good actors can switch their set of facial expressions with regard to what their current role demands – bringing out more of this and less of that attribute. A character design can support all this but in the end it’s only the acting that makes it believable – appearance is just a tool.

Have you seen Hoodwinked? Look at these characters: 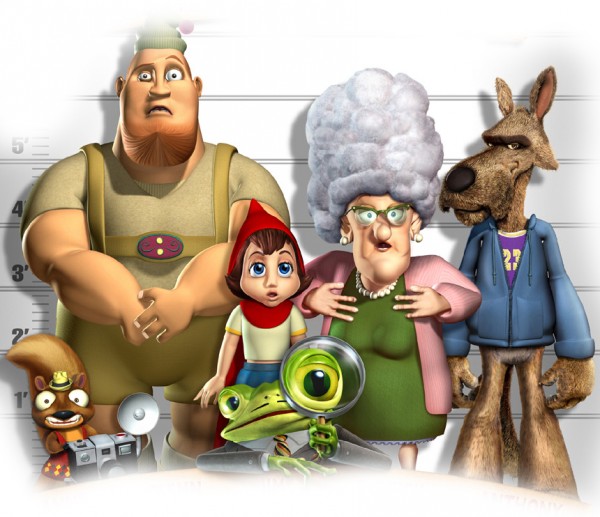 Simply terrible compared to the Pixar standard! But I tell you what: I really, really enjoyed the movie. I forgot the character design that looks like somebody just learned modeling/shading/lighting, because it’s the story and the dialog that appeared charming to me.

And then there is this little fellow here. 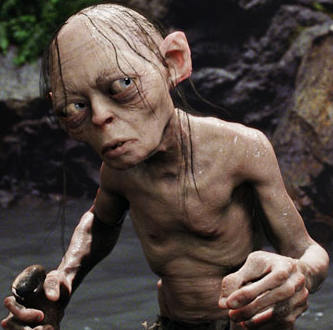 In this example the design is intentionally ugly, but Gollum still is very appealing in his way. I just saw the new Hobbit movie and it’s incredible how much you feel for him, when he takes his softer personality or is desperate about having lost the ring. Interestingly this is also because some beauty standards are mixed into his ugliness, like the big puppy eyes, that amplify his facial expressions.

And this leads to the core of how character designers should treat beauty. You have to use elements of beauty and cuteness in the right dose and only where it is necessary otherwise your character might end up beautiful but unoriginal and shallow.

Experimenting and variation is the key

Not only beginners make the mistake to use the same old design that they are comfortable with – confusing it withe their style. You should constantly ask yourself: Do I use the same beauty standards over and over again? Do all the noses/eyes/faces that I draw look similar? Do I want it that way? Many people put their characters in different haircuts and costumes but don’t realize that they actually are drawing the same person over and over again just dressed up differently (like the male models in the picture above… too much of the same formulars). 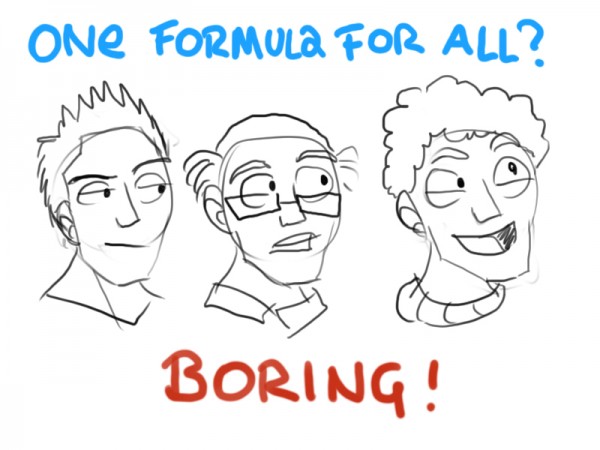 So every now and then step out of the comfort zone of what you found to be working and appealing and see if there are new ways, shapes and ideas to create an appealing and interesting design. 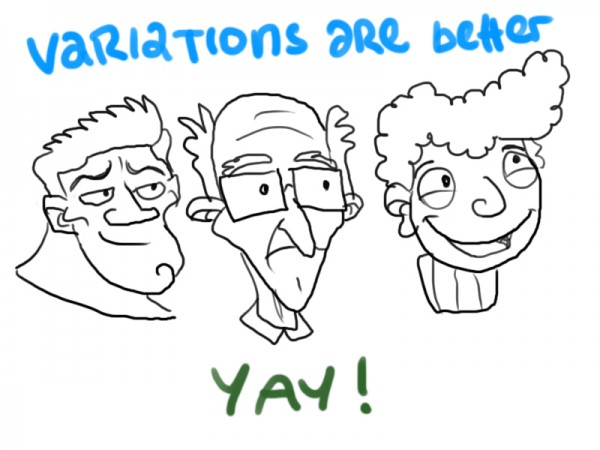 You might wonder why I didn’t show you female models and actresses in comparison. Well let`s have a look: 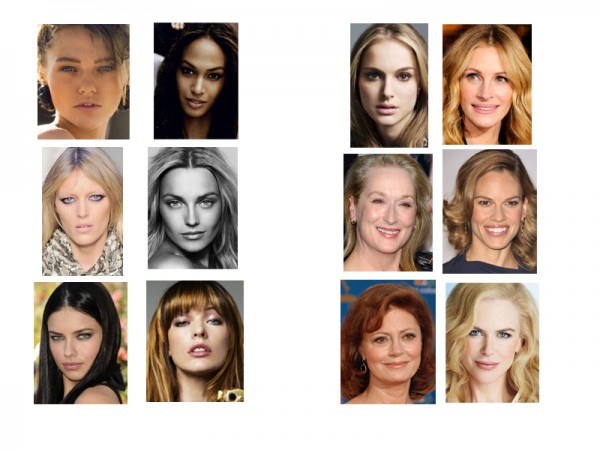 Sadly the actresses are far more under the pressure to be beautiful and sexy than the male actors. When you design female characters you might have to be a little more generous with the use of beauty and cuteness standards but still don’t let it make your characters too alike and beautiful but boring.

Let’s have a look at the Disney princesses: 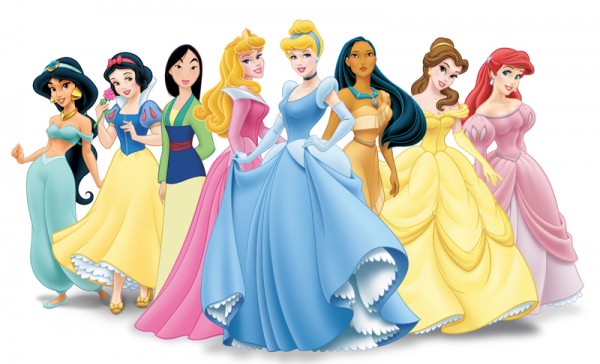 Aren’t the ones who stick out, much more interesting? I admit it is a lot because of the ethnicity, but personally I sense a more interesting character and background story for Mulan and Pocahontas than for Belle or Cinderella, because I have some more information than just “she is a beauty”. Information is what character designs are about.

A good example is the character design in “Paranorman”, because it is informative and appealing but avoided many of the Disney/Pixar beauty standards. 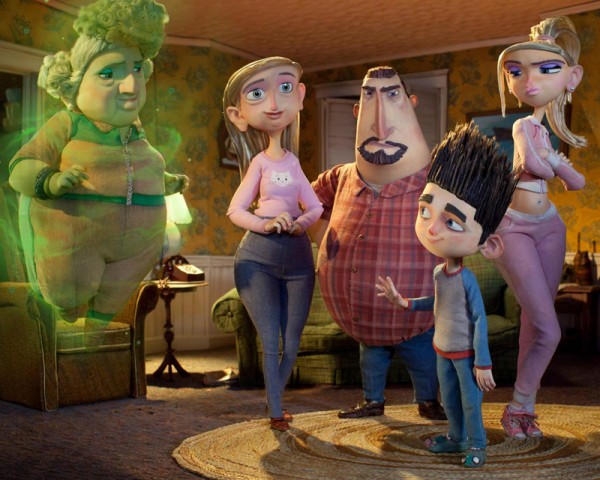 I was struck by the “honesty” of their design. Look at the mother. She would have never looked that way in a Disney movie. Her once beautiful face became saggy, her body is out of proportion and far away from and ideal shape. We know this type of person from reality – it’s an authentic design, pleasantly unpleasant.

Look at Norman. Assymetric, thick eyebrows, his ears stick out, his hair is not beautifully cut at all. A boy like this could never play the lead in a Disney teen series. But that is not important because the characters being beautiful is not the core of this one or any film.

Keep in mind that you are never aiming at the most “beautiful” character design, you are aiming at the most appealing and most interesting one. You want authenticity, you want your audience to relate to your characters, to feel empathy and that is more important than any classic formula. The more clichés you sacrifice for the sake of originality the better. Use beauty only as one tool of many. 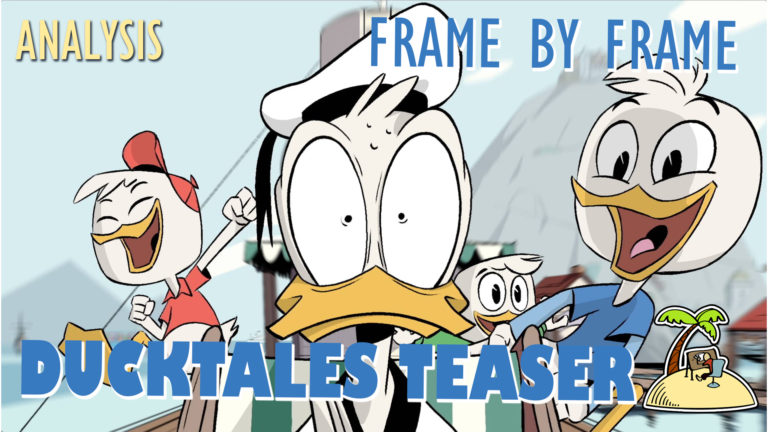 Save By loading the video, you agree to YouTube’s privacy policy.Learn more Load video Always unblock YouTube A quick frame by frame look at the 15 seconds action-packed Ducktales teaser uncovering some interesting animation choices. What else can you spot?… 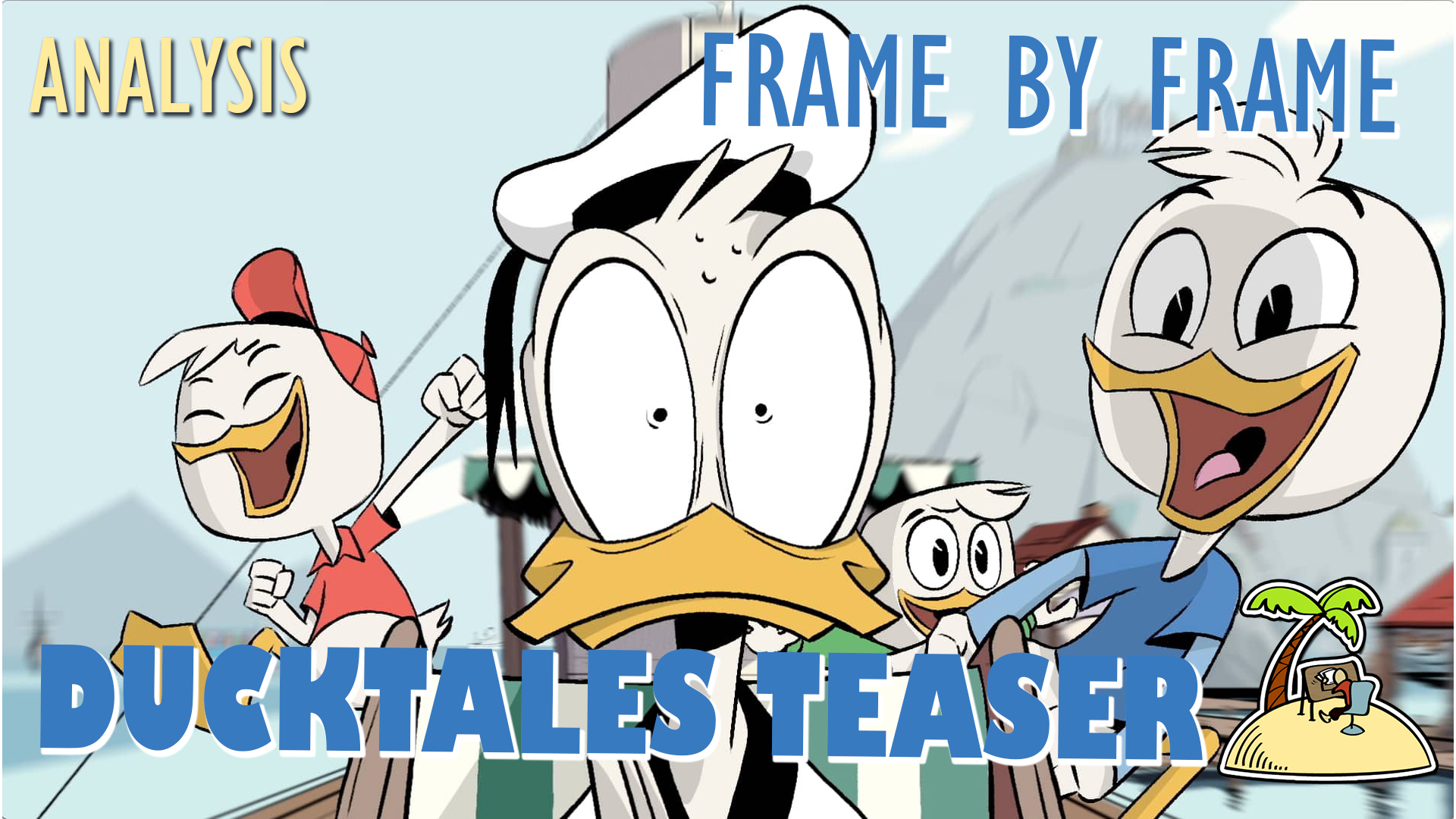 Save Who Framed Roger Rabbit is celebrating its 25th anniversary of release, and remains one of the best collections of styles and animation showcases of all time. Today we’re going to take an inside look into a few aspects of…

Save A lot of people think that the best style for an animation film is the style that Disney and Pixar have established and mastered over the years. And true, their films often come close to perfection and are an…

Save Kevan Shorey was kind enough to send along a terrific tip regarding pupil movements during blinks. By allowing the pupil to drop and resolve along WITH the lid, you can add a subtle bit of animation that instantly injects…

Half the princesses look almost exactly the same except their hair! I think Jasmine is the prettiest.

Disney is all about appearances instead of anything else. Did you read the article they just posted about Disney? http://www.cartoonbrew.com/disney/the-walt-disney-image-problem-76157.html Like they are afraid to be real.

Well I can see both sides. We’re all only human, but Disney is also a company on top of a man, and since the company is all about “magic” they want to craft a legend that suits that magic. I think they might take it a little far at times, but it’s certainly understandable at the same time. 🙂

You realize a lot its nearly challenging to argue with you (not that I in fact would want to – HaHa). Good stuff, just very good!

When I was little I wanted to be a Disney princess, lol!