Great (or even decent) composition can make or break your animation, because composition and layout are the first thing an audience views even before any movement takes place. Today we take a closer look at “breathing room” in composition. What it is, how it works, and when to break the rules and do things “the wrong way.”

For starters, composition is all about positive and negative space. Essentially your character(s) vs. your background. When we refer to breathing room, we’re talking about giving your character enough negative space to function and not feel crowded by the frame edges. Here are three examples: 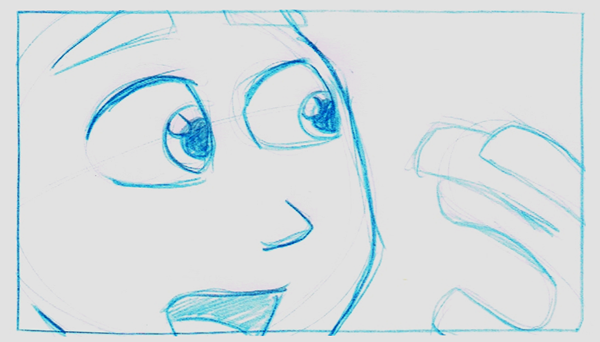 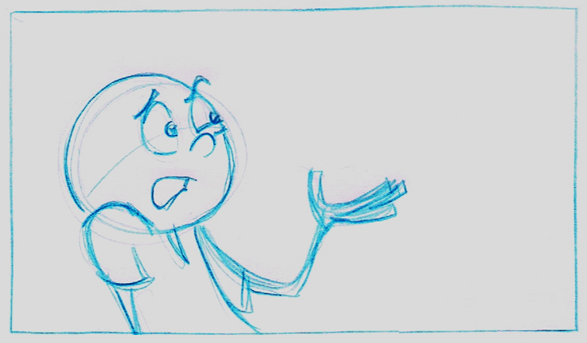 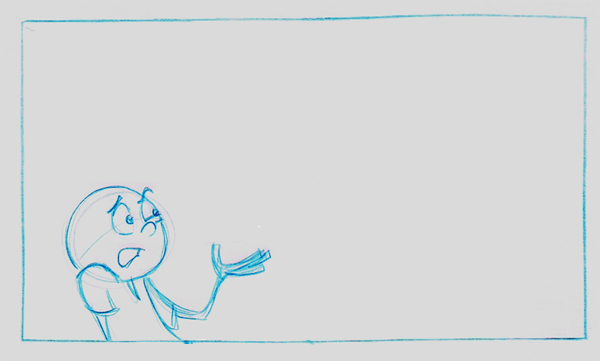 In the first image we have zero breathing room. The character is in such an extremeAn extreme keyframe is the moment where a change in direction occurs. Anticipation and Overshoots are Extremes, because ... More close up that he has no place to move around or settle into. This makes for very difficult animation as the audience will feel overwhelmed with even the smallest movement made, and fast movements will sometimes make people feel dizzy and nauseous.

Figure 2 feels much better because there is a good amount of breathing room for the character. The ratio of positive to negative space feels more comfortable, and if you want the character to act with their whole body (which as an animator you almost always DO want) there is enough space on the screen to have that happen.

Unfortunately you can take breathing room too far, as we see in Figure 3. Now we have an overwhelming amount of negative space and unless your character will be moving in zany, cartoon ways, there’s just no need for that amount of background. A good example of this “too much negative space” issue can be found in this article on the Oscar Shorts Program of 2014.

It isn’t ONLY about positive and negative space though!

Breathing room typically comes in front and above a character. Here are two images with the same positive to negative space ratio: 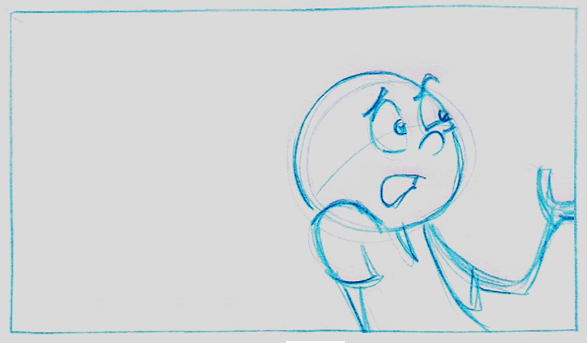 In the first the breathing room is to the front and top of the character. This works; he has a nice amount of the frame to work with.

In the second, though, the character is right up against the frame. While there is the same AMOUNT of negative space, because it is now behind him it feels very cramped and “wrong.” So when composing your shot with breathing room, it’s important to know which way your character is facing.

As with all animated “rules” there are of course exceptions. Sometimes an extremeAn extreme keyframe is the moment where a change in direction occurs. Anticipation and Overshoots are Extremes, because ... More close up will be the shot you need to produce the emotion in your audience that you’re going for. If the scene is extremely dramatic, for example, this might be the way to go. As long as it isn’t overused it can be done to great effect.

As for the “too much breathing room” version, this can convey a sense of being alone, or stranded, or abandoned, or despair. By purposefully having a great deal of negative space you can isolate the character and instantly show that they have no support from anyone else.

When do you break the guidelines, and when do you follow them? At the end of the day, experience will tell you when it’s time to bend or break rules, but most of the time you’re going to want to adhere to them. You can capitalize on the lives and works of thousands of animators who have come before you. They experimented and learned certain tricks, so heed their wisdom! And of course experiment yourself, because you never know what you might discover. Just remember to experiment with purpose, and not just throw things up on the screen without any real thought or reasoning.

Save Thousands of animators have discovered our post 51 Great Animation Exercises to Master. It’s time to get to practicing once again with this sequel, all about animated loops! Share via:

Save Recently I came across some very wise questioning by an animator named Peter J. Casey during an online discussion of “How to get better at art” over at AnimationForum.net. Today I want to revise the answer I gave there… 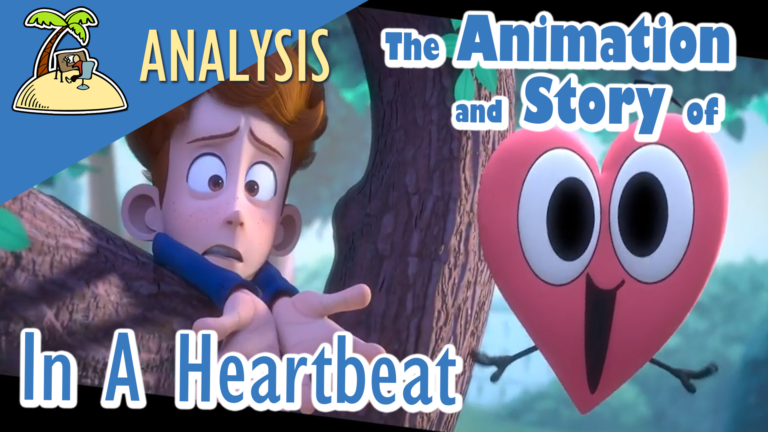 Save By loading the video, you agree to YouTube’s privacy policy.Learn more Load video Always unblock YouTube A while ago the beautiful animation short film “In a Heartbeat” went viral. A great opportunity to learn for our own projects. In…

This was very useful. People don’t talk about composition enough so… thank you for sharing this bit of wisdom!

This, as short as it is has opened my eyes to lot of things about compositing…Now I’ll always watch out for “breathing rooms” in every cartoons and movies that I’ll watch and study its impact on the moment in a given scene..Great article Mr J.k..and nice character pose by the way sir.

i am very appreciative of your posts on this subject. i struggle much with composing good areas and storyboards. thank you.