In last week’s article we discussed emotions – what they are and why you need them to bring characters to life in a narrative story. In this article, we will collect some guidelines and ideas on how to set up emotions, and use them to make your tale a touching experience.

When working with emotions, you need to think of them on two levels: One is the emotions of your story characters, and the other is the emotions you want your audience to experience. On the first level, emotions provide:

– Your overall theme will always have an emotional aspect, even if you didn’t plan for it to – it’s all about love, hate, selfishness, sense of duty etc.

On the second level, the emotions focused toward your audience provide:

– A link – a way to connect with your characters, because they accept them as living humans, or human-like beings.

– Or even more: a chance to identify with them, care and feel with them (and become very interested in the outcome of the story)

– And lastly: it’s the very emotional sequences that can touch someone’s heart and be unforgettable.

Set up and composition

Fictional reality works much different than the real world. Think of your story and the emotions in it, as a fine piece of symphonic music – every note is there for a reason, based on the previous and following ones, and there is an overall tonality to it. Everything that would destroy your composition or distract from it is absent. A story is a reduction, not only in time, but everything you set up is designed to catch the essence of something. The difficulty is making everything simple enough for your audience to understand, yet complex enough to be believable and realistic. In the case of emotions this means:

– Let your characters be different emotional types (romantic, melancholic, aggressive, anxious, etc.). Vary the emotions they are driven by, so that there is plenty of room for conflicts and interesting encounters. This is especially important for a group of heroes. 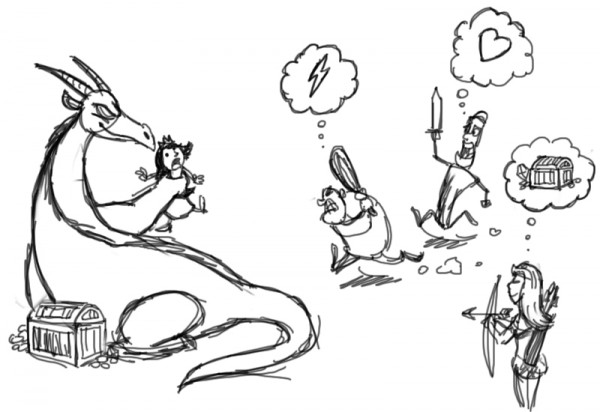 – Let opposite emotions crash together. In real life, we can have quite some time without any real obstacle, but this would be boring in a tale. Plant constructive (love, curiosity, sense of duty, etc.) and destructive emotions (hate, fear, envy, …) and let them grow to a conflict that boils over at the peak of your story.

– Take your character’s personality and feelings seriously. Especially if you write comedy, don’t forget that the amusement, which the audience should feel, is nothing the people in your story sense. This is something Chaplin discovered and perfected for film: The funny thing is not the character eating a shoe, but him being dead serious about it, trying to keep a little dignity in his desperation.

The previous points already indicate that the whole purpose of your setup is to create some interesting action. 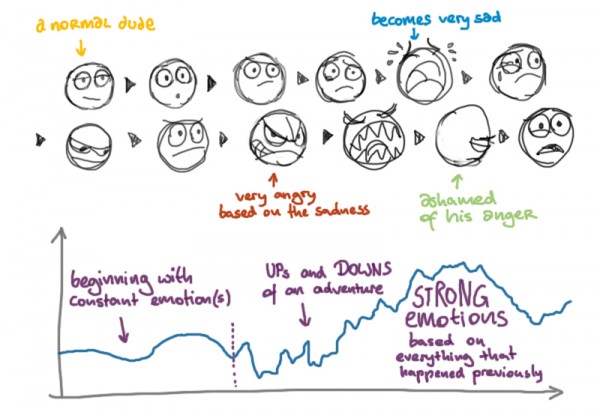 – Work with changes of intensity. Usually you want to start calm (or at least with one clear constant emotion) so that the audience can get into it. Once everything is set, you can bring up very intense moments. Be sure to give your audience a break every now and then.

– Let your characters go through different emotions. There is a whole genre for stories where the focus lies on the protagonist’s emotional development. Scrooge in Dickens’ Christmas Carol , for example, changes mainly because of emotional experiences. There are very little facts that he didn’t already know from the beginning of his journey – he is well aware that he is pretty cold-hearted, and even proud of it. What the ghost give him, is actually a new emotional approach that touches him step by step.

– Make sure that every new emotion is based on something (sadness becomes anger, anger becomes depression, etc.)

– Hold a mood long enough to be recognized, but not so long that it becomes annoying

There are several ways to lead the emotions of your audience. Think about which mode you use when and why.

– Your audience feels the emotion of your main character. In this mode, they are really close to the situation, fully understand your character’s emotions and would feel similar if they were him (e.g. we feel with Simba when Mufasa dies in Lion King).

– Your audience feels a different emotion than your protagonist, but they still feel for him (fear, disbelieve, sadness). They are either ahead of your character (for example when they know about a trap the character is about to walk in – which is particularly useful in making younger kids feel involved with the story) or behind him (for example, if he does something astonishingly brave that the audience would never do). 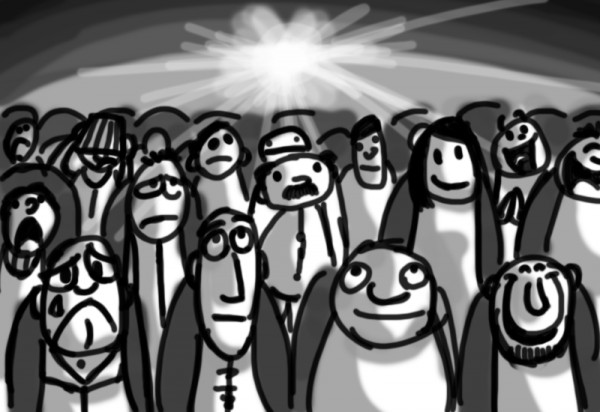 – Your audience observes your characters with no feeling towards them. This only happens if your characters are more symbolic or act totally illogically (such as in absurd theater by Beckett). In narrative storytelling you probably want to avoid this.

– Catharsis: This describes a “cleansing” through very strong emotions (or the release of them), which makes your audience cry of sadness or joy. This is never towards a single character or situation in your story, but rather towards life and a human attribute in general. These moments are very difficult to achieve, because the story must lead to it naturally and cannot be forced into it. Some examples are: the endings of Toy Story 3, Castle in the Sky and Fern Gully.

This is only a superficial overview of how you can work with emotions. There are no rules that are guaranteed to bring emotions to your created characters or to your audience. So be honest with yourself, and try to sense if something is too slow, too fast, unmotivated or not understandable. Test animatics on your friends and family to see if they feel what they are supposed to. Listen to them. Emotions make your stories unforgettable. Weave them into your tale with care, respect and sensitivity.

Is there a certain animated film or scene that caused you to experience a strong emotion? Let us know about it in the comments below so other animators can experience it too! 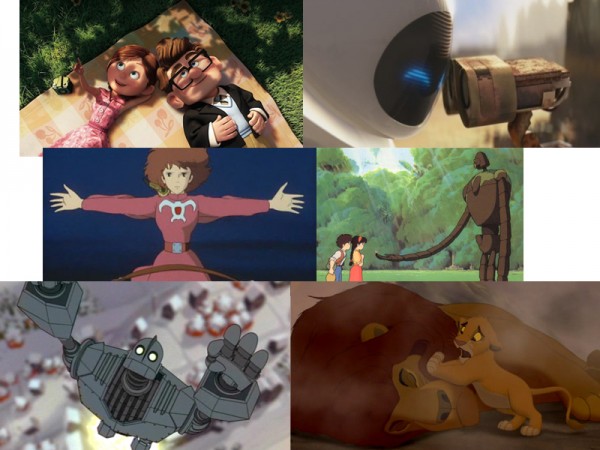 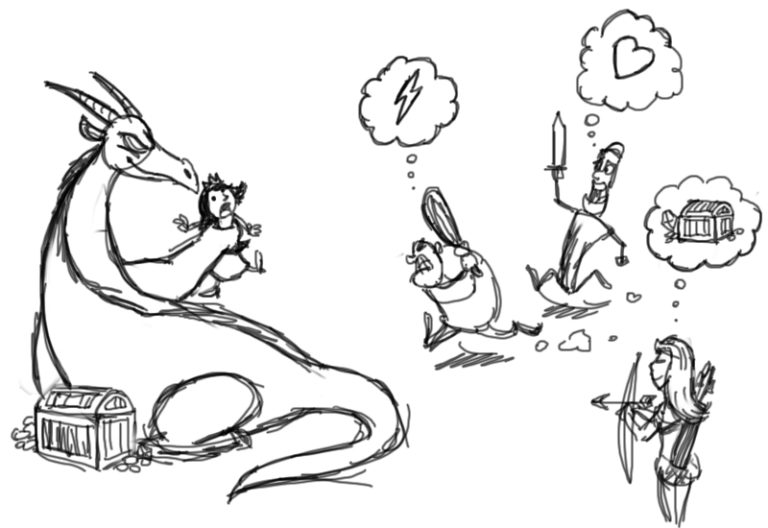 Save Is there a difference between the hero, the main character, and the protagonist? Does a sidekick sharing 90% of screen time with the hero count as one of the main characters? There is a lot of confusion about these… 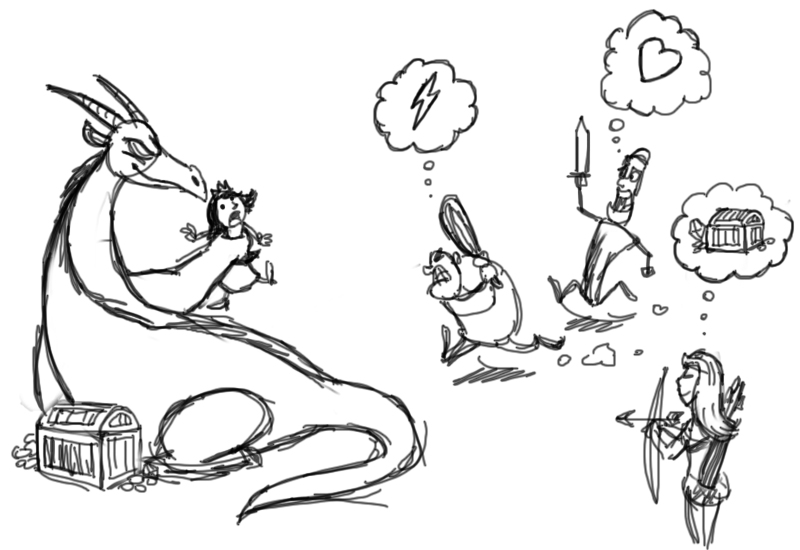 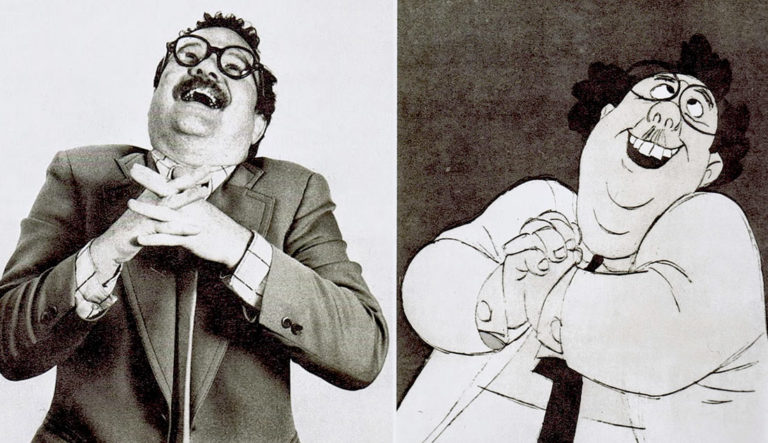 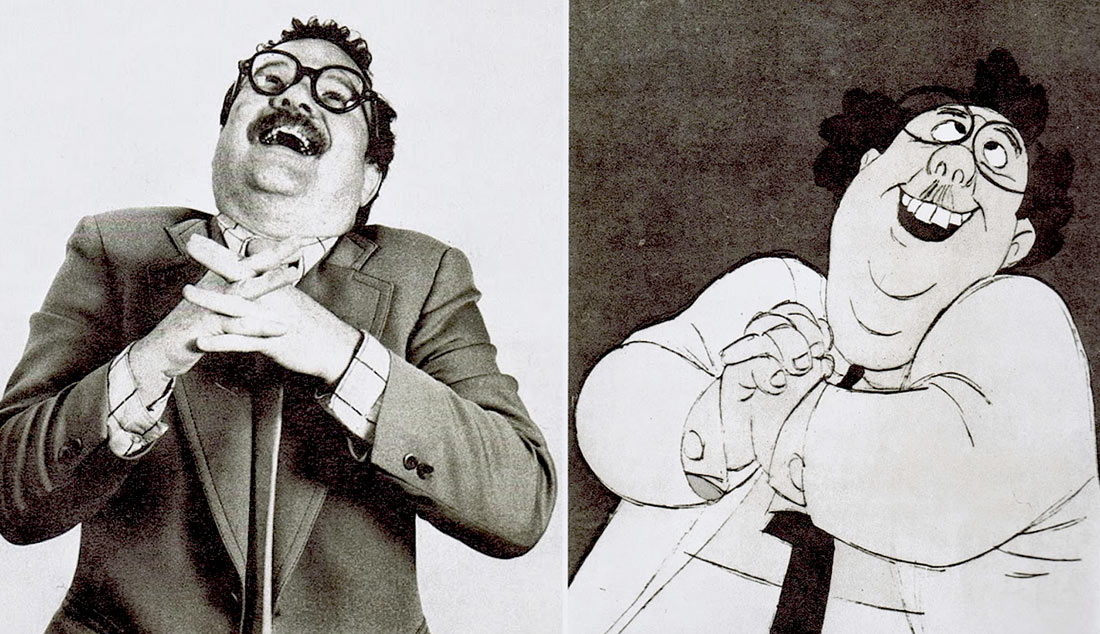 By loading the video, you agree to YouTube’s privacy policy.Learn more Load video Always unblock YouTube JK and Ferdinand have a closer look at Disney’s recent hit “Frozen” and discuss story inconsistencies, the problematic villain twist, the sidekick Olaf and… 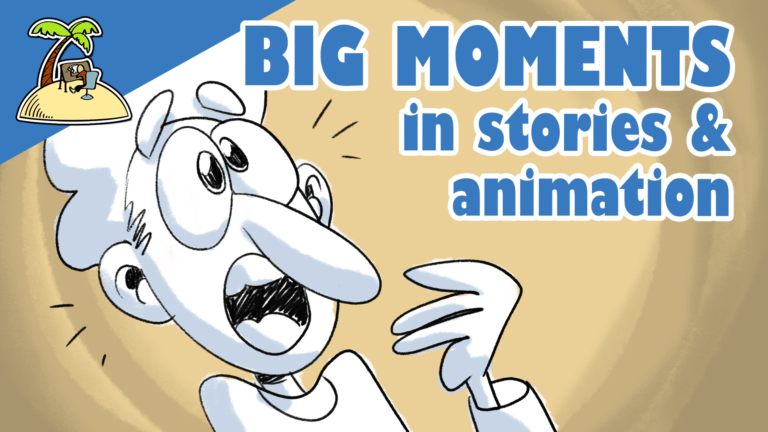 Here are 2 ways how you can make your stories and animation performances feel more epic and meaningful. 😮😍 If something feels big to your character, it will also feel big to your audience. We empathize with something being important… 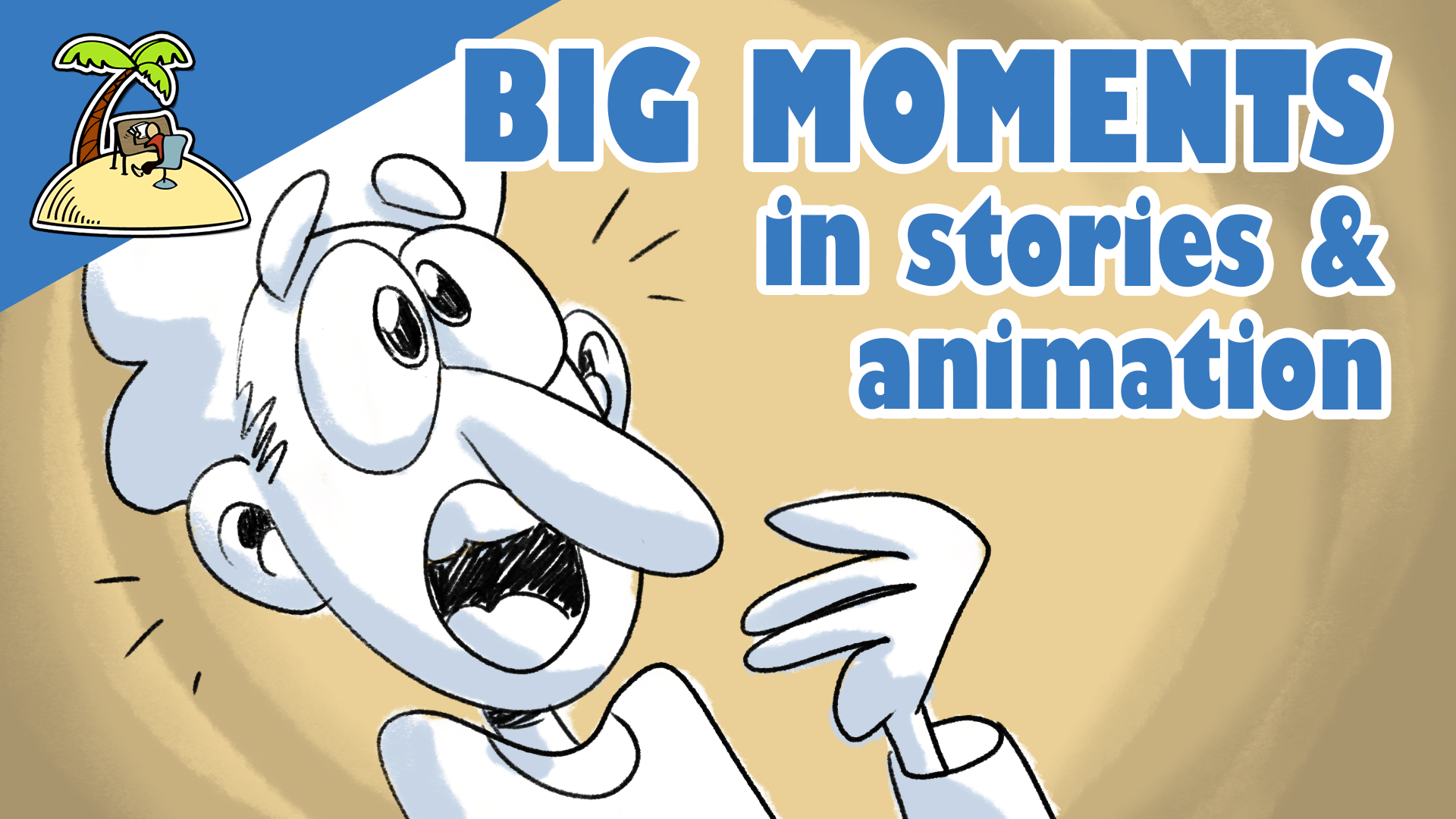 The first time I saw Lady and the Tramp I was crying my eyes out when I thought that Trusty had died chasing down the dog catcher. I think I even missed the fact that he was okay until my mother shook me and made me look back at the screen for the big final scene!

I still tear up thinking about it.

The Iron Giant is the film for me that was so powerful. The ending when the spare parts start coming together again, classic. I hope my work does that for someone oneday.

I love WallE because of the love story between two robots. You wouldn’t think robots could cause so much emotion! It was so cute! I was rooting for them the whole time!

Honest I didn’t like the humans very much because they seemed so lifeless compared to walle.

For some reason I cried at the end of Pocahontis. I know they made a sequal and that sucked. They shouldn t have ruined the first one with that stupid sequal.

Thanks for sharing. Always good to find a real expert.