Tales of the Night is a shadow-puppet/cutout style animated film from the esteemed artist Michel Ocelot. It combines classic storytelling and style with a modern animation quality. Is it worth tracking down at an independent theater near you? Read on to find out!

If you’re from France you might know Tales of the Night by it’s original title, Les contes de la nuit. Despite its french origins the film features English speaking characters. It opens with a voice over from the eldest character who explains that his love for film made him want to create works, but they said he was too old. He came across two youngsters with the same passion, but they were told they were too young. Joining forces in an abandoned cinema downtown, the three friends create their own short films drawing from history and fables and crafting their own backgrounds, costumes, and characters. 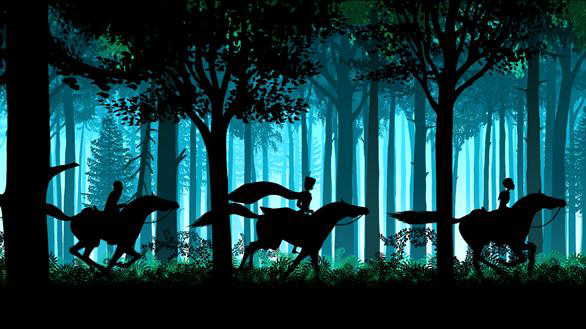 The film features six unique tales with discussion between the three main characters between each. While the art style is elegant on a number of levels, the stories themselves are fun but seem geared at a decidedly young audience. During one where a character faces three challenges and is assisted by three separate animals, the dialogue drags on despite it being very obvious how each creature will help him. It hits you over the head with what’s about to happen, instead of relying on the age old adage “show, don’t tell.” Despite that fact, the tales and their morals are entertaining enough. They feel almost like a side dish to the main course: the art.

This is where the film really shines. The character designs, backgrounds, and props simply drip with appeal and style. Obviously when you are doing shadow-puppet style, silhouette is more important than ever. Here the balance between positive and negative space is masterful. Literally at times it feels like you can see all the shapes that would fill the blackness inside the character forms thanks to the outside edges. It’s hard to give something higher praise than that, and frankly it’s worth watching the film if only to study that aspect. 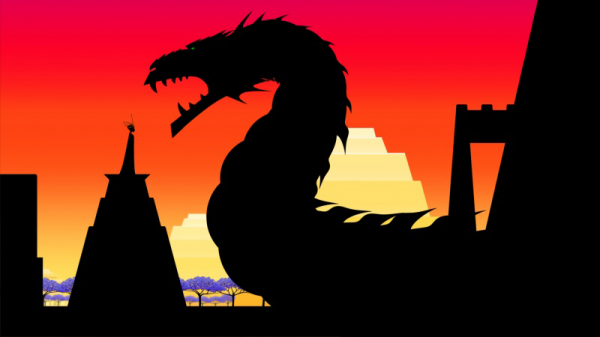 The animation is limited (which the style lends itself to) but still very fluid. Great care is taken with anticipations, overlapping, and moving holds. Again despite a very 2D plane (black against colorful backdrops) you feel a great sense of depth, and that is a brilliant achievement.

Tales of the Night is not without flaws. The stories within are fun but juvenile. There are serious pacing issues at times where dialog drags on much longer than necessary. However the visual majesty on the screen is such a feast for the eyes that any animator (or artist) will likely have no problem overlooking the shortcomings to revel in a masterful tapestry of color and form. If you want to study appeal in silhouette, Tales of the Night is a masterclass. As you can see from some of the shots in this review, the art is at a level that screams to be hung framed on a wall. The animation puts that gorgeous art on a pedestal without distracting from it. Should you get the chance, absolutely see this film for a burst of inspiration in your own graphic work. 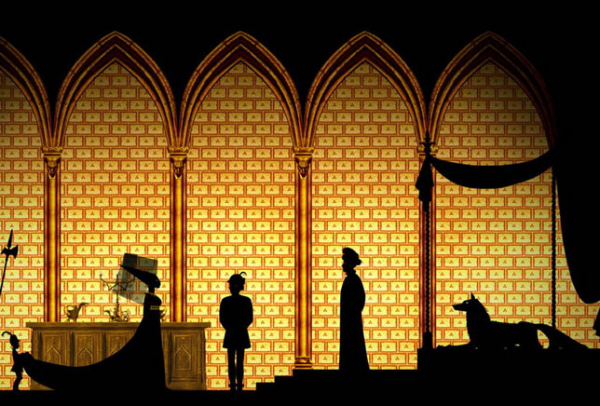 Save Coupled with Wreck-It Ralph, Disney’s Paperman is the latest animated short from the House that Mickey Built. Combining the life and soul of 2D drawings with 3D models rendered in stylish black and white, does the short inspire confidence…

Save There are a LOT of animation books out there. In almost all of them you’ll find the standard walk cycle, an explanation of keys and in-betweens, and many animation staples that any beginner needs to know. Eric Goldberg’s Character…

Will it be for release online? I’d like to see it.

You know I’m not sure. Right now it’s in festivals and such, so I imagine afterward it will be available to purchase either digitally or on DVD. If I come across any online retailers selling it I’ll let you know!

It seems I can’t find an active forum for 2D fans. Where are they?