Animation is complex, and when you’re just starting out it can be both exciting and confusing at the same time. There are plenty of tutorials and books to keep you moving forward, but there’s one pitfall that almost every modern animator makes at the start which dramatically hinders your entire animation career. If you’re an animator, are you making this unconscious mistake?

We touched on this issue back in the article 25 Fastest Ways to Fail at Animation, but it really deserves its own spotlight because of how much of a problem it really is: Doing too much, too fast.

When you’re starting out, you want to get to “the good stuff” as fast as possible. We’ve all been there. See an animation that’s particularly inspiring and it’s off to the races to try to recreate some of it’s whimsy and fun. We have the technology now, anyone can animate. 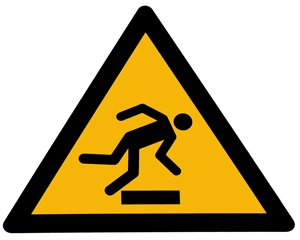 The problem is we rarely see the full amount of work that went INTO that inspiring piece. It’s very, very likely that the animator behind the scenes took years to practice and study the principals of animation and the little short or film you’ve just watched is a cumulation of all that time and effort.

One of the go-to questions that a non-artist will inevitably ask you when you show them a piece of your artwork is “How long did that take you to do?” While you may have spent a few hours (or days, or weeks, or months) on a piece, the truth is it’s a product of skills you’ve been honing your entire life. As Tyler Tervooren says in this post, we devalue our work when we don’t educate our audience on this lifelong process. And the same thing can happen internally to us!

A Case Study Close to Home

Let me tell you a story. My story. Because you see, I am not coming to you with this bit of advice as second hand information. I lived through this problem, and continue to struggle with it.

After high school, I knew I wanted to pursue a career in animation. I enrolled into art college for that very reason, and promptly hit a major road block: One of my professors refused to accept the level of work I was creating and demanded more effort and practice before I could move on. At the time I wanted nothing to do with this early-foundations work. I wanted to make characters move and live and speak and act. So, after much stubborn refusal, I quit.

It was around that time I discovered Homestarrunner.com, a site I’m sure you as an animator are aware of. This magical place taught me of a program called “Macromedia Flash” that allowed anyone, degree-holding animator or not, to produce cartoons. This is what I had been looking for in school! This was my fast track to being an animator!

But, I’m sorry to have to tell you this, there is no fast track to being an animator.

What I did was technically animation, sure. I took my long running cast of comic characters I’d developed in my youth and turned them into FredtheMonkey.com, obviously modeled highly after my new found love Homestar. However watch some of the early “animations.” They are barely animation at all, and terrible.

I did not take the time to learn any of the principals of animation. I did not put in the effort needed to fully understand squash and stretch, or timing, or anticipation. Over many, MANY years I learned some of these things through trial and error, but I was doing things backwards. Instead of building on a firm foundation, I was cobbling together a tower where I’d stack the next piece wherever it would fit at the time. And as a result, ten years passed and I was only marginally better than when I began.

The story has a happy ending. I realized my mistake (albeit a decade later) and went back to the drawing board to begin again in earnest. I even retook the class that I had failed several times with the same professor, who was still teaching at the school.

My challenge now becomes living with the fact that I am essentially 10 years behind where I might have been. I do my best to not live with regrets, only learn from mistakes I’ve made. Still, it hangs over me as a reminder of a time I refused to listen to someone further down the road I was traveling.

So let me take a moment and be that voice for you: If you are early in your practice of animation, DO NOT NEGLECT THE PRINCIPALS. It’s no secret that doing a bouncing ball exercise or simple head-turn test can be downright boring at times. The glitzy and glamorous world of character animation (or even more commonly EFFECT animation) will get you more YouTube subscribers and Facebook likes today. But life is longer than a single Like or Retweet. Play the long game, and that long game starts with fundamental exercises, not with advanced storylines and casts of characters.

One final note: All work and no play makes Jack a dull boy. It’s an old saying, and it remains true. I’m not telling you not to go have fun. Animation should be entertainment, and if it’s only hard work then you aren’t going to put much soul into it. Soul is necessary for great animation. So my suggestion is not one extreme or the other, but balance. 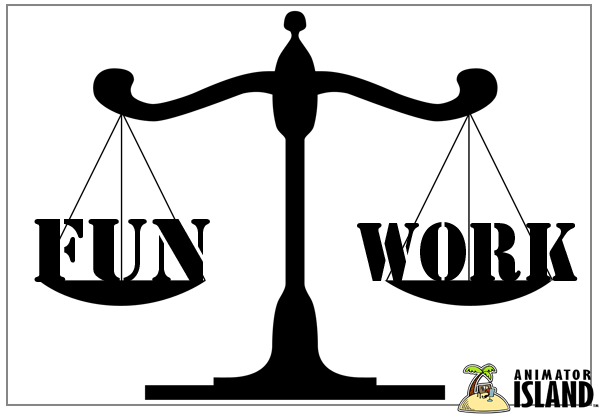 Balance is the key to most aspects of life, and animation is no different. By all means run wild into the wonderful realm of creating the cartoons you want to create. Learn as you go by making terrible little shorts that will one day make you cringe. However at the same time, work on your principals. Practice the exercises that will drastically improve your skills such as the ones listed here, even though no one really wants to watch ANOTHER bouncing ball exercise, and non-animators will scratch their head and ask “You spent a week and a half on this little 4 second long clip?” Ignore them. This is essential stuff. It will take your further in your journey than 10 years of bad Flash animations ever will.

It’s non-negotiable. The only question is, will you work on it now or wait a decade and regret not starting sooner?

Literally a few minutes before I read this article, I was thinking to myself that drawing is boring and I really don’t want to do it. But I decided to doodle instead of doing the Betty Edwards exercises that I’d been doing, and it was great! I made a little robot. Then I came on here and read this article. The bit of advice about balancing work and fun is what I needed to hear at this moment. I’m learning to draw and animate, and experiencing huge amounts of frustration because I simply don’t balance out the fun stuff and… Read more »

I hear that, Graeme! I’ve been going through the same thing myself, struggling with anatomy studies and longing to do some “fun” drawing but not letting myself. Then I started thinking “Hey, why??” I think we artists OFTEN forget to balance things, as we go full force into one project, style, or study and think we have to suffer for our art or something (or, on the flip side, that it should always be fun). Sometimes we probably do have to suffer a bit, learning generally doesn’t come easily, but without the fun sprinkled in we’ll quickly forget why we… Read more »

OOOOOOOOOOOH, Yes.
I agree. that’s it, we are used to struggled a lot or to have a lot of fun in our job, but we don’t see the balance that is in the great animators life.
it’s not a good habit.

yes, you’re right.
every animator or cg artist should concentrate on the PRINCIPALS but unfortunately they do not.
the principals are the key.
sometimes, I say to myself just do it. it’s not a good way to do a good work. At first learn the principals then just do it and don’t be shy to be a bad animator at your first steps. you will be good someday.
but, I should say to myself practice principal.
anyway, thanks a lot.

Great article, I agree with everything up there. 🙂

I have to confess, I made that mistake.

I have to confess that I also made that same mistake. I’m relearning right now and going back to basics. I hope to get there and master the principles and create great works.

The first thing we think of when we want to be animators is touching pencils which is more frustrating and a big mistake. We need to observe, observe, observe, meaning that we should read. Listening is a skill. I am doing fine when i’m reading and i can tell it’s less frustrating. Drawings can also be studied. Thanks for useful advice. I’m still reading… Agape

Might I suggest an website http://www.animationabc.com/workshop-breakdown/
It’s an workshop online where students can learn the principles of animation, step by step, with private lesson, a mentor will welcome you with a personalized curriculum to meet your specific goals and you’ll be able to manage your entire schedule online using a web-cam on your computer.
It’s fantastic for a good start!

THANK YOU for telling me this! Two years ago, when I was 15, I did the exact same thing! Even worse, I decided that I was going to make a fan animation series based off of Adventure Time. NOT GOING TO HAPPEN. It just limited my creativity and halted my progress as an animator. Now a-days, I’m practicing the fundamentals and am working on establishing my own premise and characters. Thanks, you guys are awesome!

Listening to Yourself – J.K. Riki

[…] once wrote a post for Animator Island about the biggest mistake beginner animator’s make. Clearly I knew something, since I authored an article about it. An article that even details making […]

Great article, mate !!
thank you so much for the reminder 🙂

It is incredibly helpful 😀